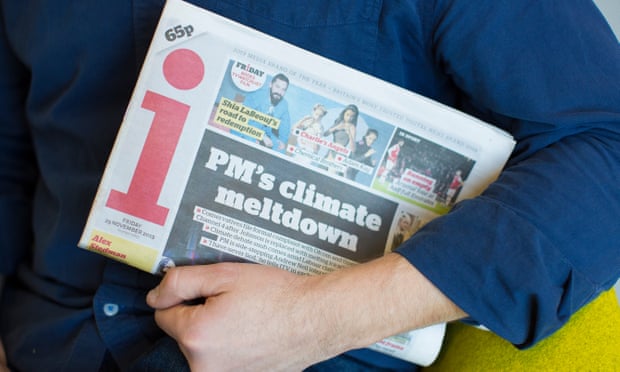 The owner of the Daily Mail, DMGT, has bought the i newspaper and website for £49.6m from JPI Media.

DMGT chairman Lord Rothermere said the paper was "a highly respected publication with a loyal and engaged readership".

"We are committed to preserving its distinctive, high-quality and politically independent editorial style."

The Competition and Markets Authority will have to approve the deal.

The deal means that the paper will have its fourth owner in as many years.

The sale was attacked by Labour leader Jeremy Corbyn, who said in a tweet that two billionaires now owned half the UK's top 10 daily newspapers.