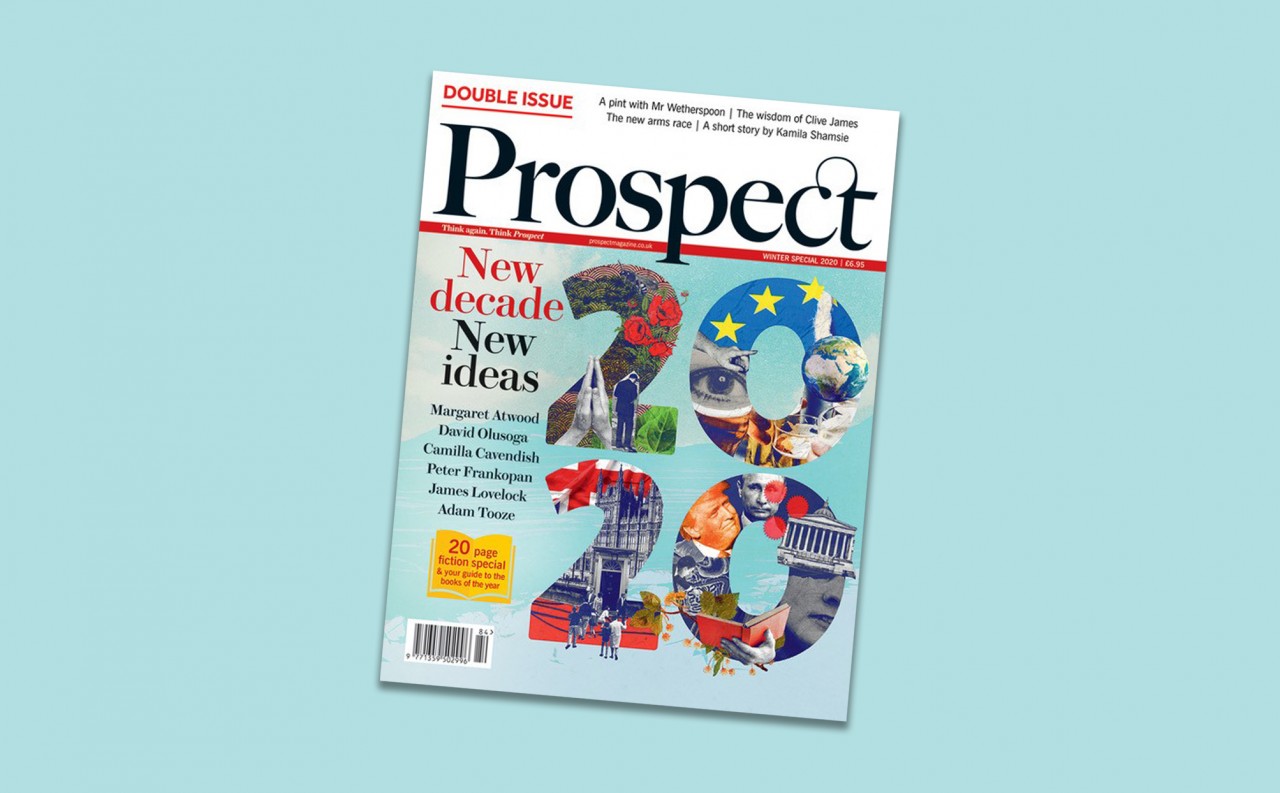 As a model for funding journalism it sounds barmy. Prospect magazine is offering prospective customers their choice of a free top-selling book from authors including David Aaronovitch or Ben Okri, plus three trial copies of its product (normal price £5.95) for £1. If they don’t like the magazine they don’t have to go through with the subscription – and they can keep the book.

The gamble, says editor Tom Clark, is based on the fact that once readers get a taste for Prospect they tend to make it a long-lasting habit. “If you have a large proportion of people cancelling straight away then you are shooting yourself in the foot financially,” he says of the deal. “It won’t pay off probably within the year but on average Prospect subscribers stick around for about four years, quite a long time.” Landing a new £57-a-year subscription therefore promises £228 of revenue. “You can basically take a chunk of people dropping out on the chin, as long as the bulk of them stay – which they are doing.”

The periodical market is growing intensely competitive. Weekly titles The Spectator (founded 1828) and the New Statesman (1913) have much longer traditions than the monthly Prospect, which celebrates its 25th anniversary this year. The Critic, another monthly, launched just before Christmas promising to challenge “dangerous consensus” with “ideas for open-minded readers”.

A significant portion of Prospect’s readership have been with it from the start. They come to the magazine for its deep relationships with the world’s leading economists, philosophers and cultural thinkers, such as Lawrence Summers and Francis Fukuyama.

The political classes also like it. It is based in St James’s, six minutes’ walk from the Houses of Parliament and across the street is the 300-year-old Two Chairmen pub, a notorious meeting place for Westminster conspirators. Prospect’s office, and the adjoining event space it shares with the Resolution Foundation think tank, is becoming a new hotbed of political thought.

Before Christmas, Conservative renegade and London mayoral candidate Rory Stewart sat down with Clark for a Q&A session attended by Prospect subscribers. Labour’s David Lammy is an upcoming guest of the Prospect Book Club. Culture Secretary Nicky Morgan and business minister Nadhim Zahawi were among panellists at Prospect debates held at the recent Conservative Party conference in Manchester.

Such connections are important to Prospect’s advertisers, Clark believes. “MPs are known to read the magazine,” he says. “There’s no doubt that some advertisers like the idea that they have a high chance that MPs are going to see their advert. That has been a big part of getting high yields per page.”

As a monthly, Prospect’s relevance depends on it getting ahead of the competition in identifying emerging national and macro trends. It dubbed Boris Johnson a “British Trump” well before he became prime minister. In May, it published a prescient warning from writer Julia Blunck that Brazilian president Jair Bolsonaro had “designs on the rainforest” which would create a global catastrophe.

“Julia’s piece really worked terrifically for us because that has turned out to be more and more the story as (2019) has gone on,” says Clark, praising how the writer went “deeper” and looked beyond an authoritarian leader to “the frontier mentality of Brazilian society” and its ingrained “need to subjugate the forest in order to secure livelihoods”.

When parliament was prorogued in the summer, Prospect had already been talking for months to historian Richard Evans about the downfall of the Weimar Republic and threats to democratic government. It was quickly able to publish Evans’s essay ‘Britain’s Reichstag Fire moment’, which attracted great interest.

The recent UK election result looked like a clear rejection of the ideas of liberal politics. Clark sees the average Prospect reader as “quite liberal” but says the magazine’s editorial stance is “pluralist” and customers shouldn’t “expect that they are going to agree with every article”.

So an essay by Lionel Shriver taking on the negative impact on literature of the “#MeToo and ‘cultural appropriation’ mob” was put on the cover, even though Clark says the author’s argument was “not one I agreed with particularly”. In July, he commissioned journalist Tim Montgomerie (who was subsequently made a Downing Street adviser) to write a piece titled “The Future of Conservatism”, which identified the party’s new opportunity with poorer voters. The current edition, which includes essays from Margaret Atwood, economist Adam Tooze and historian David Olusoga, makes room for a long and fascinating article on the business practice of Wetherspoon boss and arch Brexiteer Tim Martin.

As a monthly title, Prospect is a good example of how lean-back and periodically-produced serious print media has avoided the calamitous decline seen in physical sales of newspapers. “There’s no assumption that you are managing decline which I think there is for the print circulation of a newspaper,” says Clark.

Prospect’s reach has been growing slowly for several years and its ABC stands at 44,871, including 27,879 paid subscriptions. Some 12,523 print/digital bundle sales are included twice. The headline ABC includes 12,052 bulk copies distributed to airports.

It might be stable but this is a niche audience of intellectuals. If Prospect is to continue to thrive it will need to raise its profile online, where Clark says it is finding a younger following, with more female readers. Its website has grown by 45% in unique viewers, year-on-year. He has added resources to the digital team with a view to “more proactive curation” of content so that the title can more quickly react to the news agenda by deploying the network of specialist writers that it has developed relationships with.

The big opportunity Clark sees now is in making Prospect the go-to publication for essays on the impact of politics on the law, an area he believes is largely untouched by UK magazines. He commissioned articles from former lord chief justice Lord (Igor) Judge and the former president of the Supreme Court, Lord (David) Neuberger, whose successor Lady (Brenda) Hale, famous for declaring the Prime Minister’s prorogation of parliament illegal in September, answered a Prospect Q&A. It has also taken work from Jolyon Maugham, the silk who has worked on high-profile legal challenges to Brexit but achieved notoriety after killing a fox outside his home on Boxing Day.

“We have been talking to those lawyers at the interface of law and politics. That’s always been a thing in the US but here it struck me as a garden that wasn’t much tended,” says Clark. “There are a lot of lawyers in the country and if we can build on this hopefully developing reputation as the magazine that gives them space to thrash out the issues and connect with a wider audience then we will in the end get more lawyers as subscribers.”

When it was founded by the author and former Financial Times correspondent David Goodhart in October 1995, Prospect’s offering of long-form general interest essays was ground-breaking in the British market (though familiar to American readers of titles such as The Atlantic and The New Republic). To mark its 25th anniversary, it will publish an anthology of its best work. At a series of events, the authors of some of its most successful essays will also be asked to discuss their work and how well it has stood the test of changing times.

“You have got to keep asking yourself why are you here and why are you different,” says Clark, who formerly worked at The Guardian and has been editing Prospect for three and a half years. “As good a slogan as any for us is ‘We want to take you behind the headlines and get you to the heart of the matter.’”